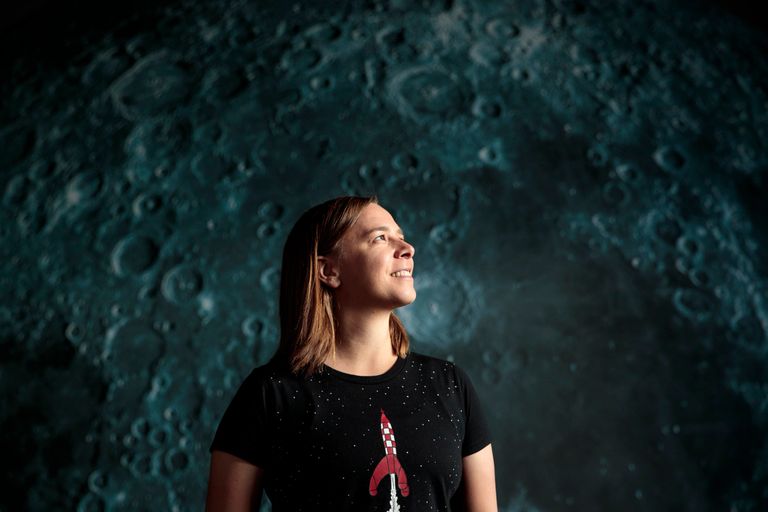 Vote by clicking the link above, scroll down to 'non-fiction' and select The Secret Life of Stars

This beautifully illustrated bestselling book for children aged 6-12 brings the night sky to life, giving amazing new perspectives to young explorers who are always asking, 'Why?'. Signed with a personal message from Lisa.

The Secret Life of Stars

The Secret Life of Stars is the new book by Lisa Harvey-Smith for adults and young adults.
'Astrophysics made fun!' Pam Melroy, former NASA astronaut and space shuttle commander. Signed with a personal message from Lisa.

When Galaxies Collide peers 5 billion years into the future to consider the fate of Earth and its inhabitants. A book for adults and young adults. Signed with a personal message from Lisa.

'A fascinating and inspiring tour of the galaxies' Brian Cox

Make any occasion special with a personalised gift hamper. Select any two, three, four or five books, signed by the author and individually gift wrapped inside an attractive box.

Whether you're buying one book or many, add gift wrap at the checkout and you'll receive your books signed, wrapped and ready to go. Great for birthdays or other special occasions.

Check out my great range of t-shirts, socks, hoodies, mugs, notebooks and more on my awesome Redbubble store. Out-of-this-world astronomy and space gear for all ages!

Astronomer and Women in STEM Ambassador

Professor Lisa Harvey-Smith is an award-winning astrophysicist with a talent for making the secrets of the universe accessible to all. She has conducted research at universities and institutes across the world and played a key role in the development of  new astronomical facilities, including the Australian SKA Pathfinder telescope. She is a member of the advisory group to the Australian Space Agency, a Professor of Practice at the University of New South Wales and the Australian Government's Women in STEM Ambassador.

Lisa is a best-selling author, an in-demand keynote speaker and a regular on TV and radio. She toured Australia with her spectacular live event 'When Galaxies Collide', with 10 shows in major venues across the nation.  Her Children's book Under the Stars: Astrophysics for Bedtime was longlisted for several national awards. Lisa was a presenter on the popular ABC television show Stargazing Live and hosted events in sold-out theatres across Australia with Apollo Moon walking astronauts Buzz Aldrin, Gene Cernan and Charlie Duke.

Are you an amateur astronomer or just fascinated by the night sky? Challenge yourself and learn new skills by taking part in a unique astronomy research course with Professor Lisa Harvey-Smith. Use data from professional telescopes to research the physical properties of our Galaxy. No equipment is needed except a computer with access to the internet. You can start and finish your course whenever you choose, so you have the freedom to study at your own pace. Enter the online store for further details on the course.